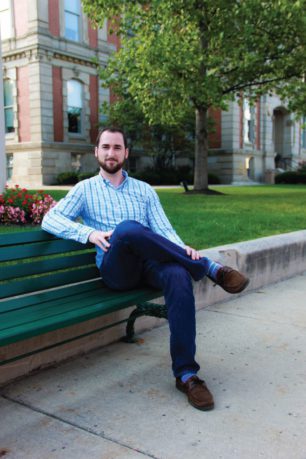 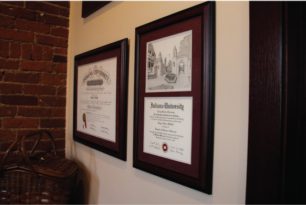 Attorney Bryan Stoffel personally understands that families come in all shapes, sizes, and varieties – he and his two siblings were adopted, and he therefore knows full well the immense blessings that may result from legal matters involving the family. Bryan has dedicated his career to assisting similarly situated families to create, maintain, or rebuild a happy forever home.

Bryan was born and raised in Carmel, Indiana, and is a native Hoosier at his very core. Bryan attended Cathedral High School in Indianapolis, where he played Football for four years and served as a Captain on a State-Champion Rugby side during his Senior year.

Bryan completed his undergraduate studies at Indiana University in Bloomington and earned his degree in Marketing and Management from the prestigious Kelley School of Business. During his time at Indiana University, Bryan was heavily involved in the Greek and campus life communities, serving as President of his fraternity (Delta Tau Delta) and as the Greek representative on the IU Student Government.

Bryan graduated from the IU McKinney School of Law in Indianapolis in the top 20% of his class. During his time in law school, Bryan had the honor of clerking for Judge Daniel J. Pfleging of the Hamilton County Superior Court No. 2 and Judge Lance D. Hamner of the Johnson County Superior Court No. 3. As a law school student, Bryan also served as Vice President of Equal Justice Works, an organization focused on supporting attorneys with demonstrated dedication to increasing access to social justice for all persons.

After graduating from law school, Bryan worked as an Associate Attorney at Allen Wellman McNew Harvey, LLP in Greenfield, and Bleeke Dillon Crandall, P.C. in Indianapolis, where he gained valuable Family Law experience, and honed his skills as a litigator under seasoned trial attorneys. During his time at Bleeke Dillon Crandall, the senior partner taught Bryan the importance of responsiveness and civility, both of which Bryan strongly emphasizes in his own practice.

Bryan is very active in the Indianapolis Bar Association and currently serves on the Pro Bono Committee. Bryan and his wife, Lauren, live in downtown Indianapolis and enjoy “city living” on Mass Ave., in Fletcher Place and around Fountain Square. Bryan and Lauren are always trying new restaurants and patios around the city, attending concerts at White River, the Vogue, or elsewhere, and walking along the Canal on nice Summer days. In his spare time, Bryan enjoys golf, yoga, reading for pleasure, downtime with his family, cooking, craft beer, and cheering on his favorite sports teams (too many to list).

At Stoffel Law, LLC, our Mission is…

to provide transparent, responsive, comprehensive legal assistance that is client-centric and tailored to meet the unique and varying needs, both short- and long-term, of one’s most important asset: the Family.

At Stoffel Law, LLC we are continually guided by our all-encompassing Vision…

to provide the expert legal advice and assistance necessary at each stage of a Family Law proceeding, and to supplement that legal counsel with an attentive ear, a sympathetic mind, and a focused energy to arrive at fair and reasonable resolutions of cases that permit our clients to move on productively in life, while preserving the familial relationships that our clients hold so dearly.